The Edmonton Food Council recently had the opportunity to attend a national summit on developing a Food Policy for Canada. Here is our report back and next steps!

A Food Policy for Canada: What Do Edmontonians Think?

There are four proposed themes of A Food Policy for Canada: 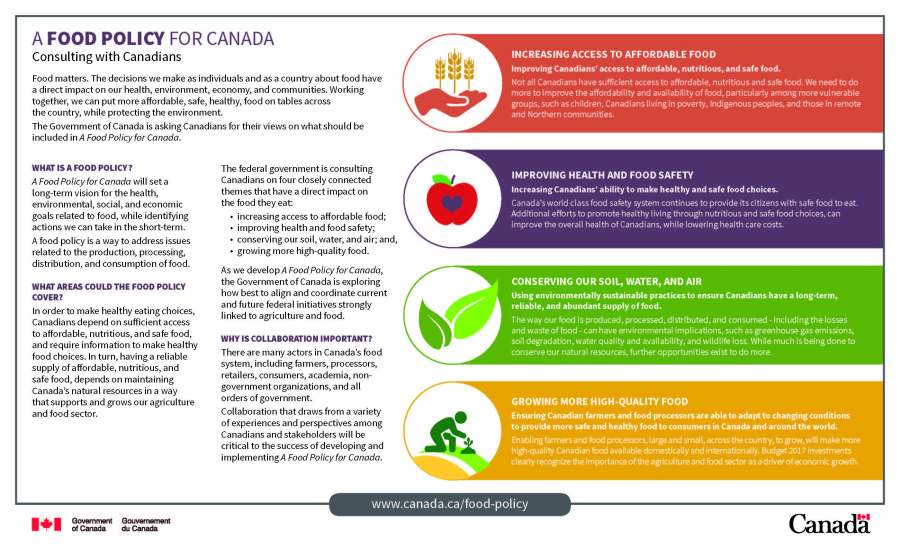 The first two components of the public consultation were an online survey (deadline has been extended to August 31, 2017) and an invite-only summit. The Edmonton Food Council was one of some 300 stakeholders across Canada who received an invitation to participate in the summit. 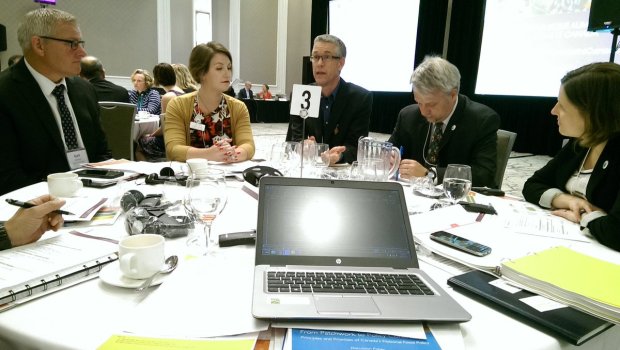 Kirsta Franke, Co-Chair of the Edmonton Food Council,  sharing ideas for a Food Policy for Canada in Ottawa. June 22, 2017.

Over 300 stakeholders attended the summit, representing a wide diversity of perspectives, from anti-poverty groups, to women’s rights, to potato farmers. It was a fantastic opportunity for us to make new friends with individuals and organizations across the country who are doing inspiring work! Some of the people we met at the summit included representatives from (in no particular order): 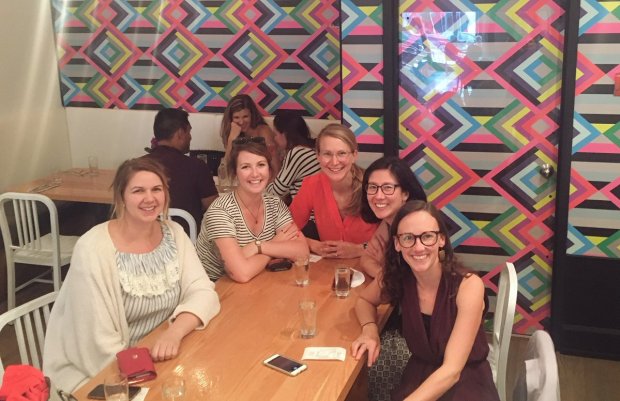 The ministries in attendance included the Ministry of Agriculture and Agri-Food; Ministry of Families, Children and Social Development, and the Ministry of Health. The stakeholders at the summit were asked to provide input regarding what may be the vision, values, guiding principles and objectives for A Food Policy for Canada. We were told: “We are not building consensus, we are not making decisions. This is a brainstorm.” We were also told: “We do not have a preconceived notion as to the specifics of what this policy will contain. Your experience, support, ideas matter in the development and implementation of this policy. It really is carte blanche.” 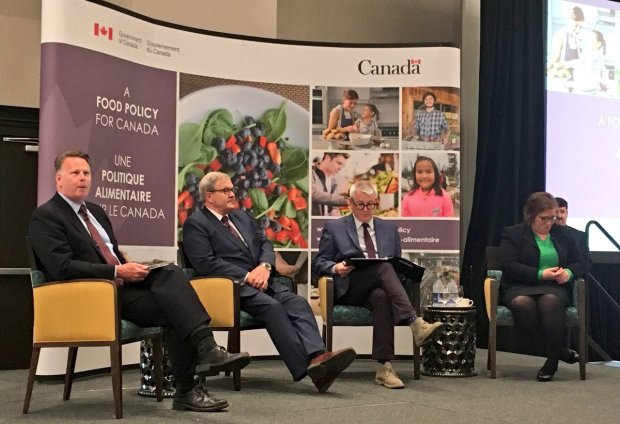 Starting off day two of the #FoodPolicy4Canada Summit with Minister Lawrence MacAulay and a panel discussion.

What We Learned: Consultation Process and Timeline

Members of Parliament have been provided with toolkits to engage with their constituents over the summer. There will be potential roundtable engagements sessions hosted by MPs in August and September. The Edmonton Food Council will be contacting our local MPs about setting up some engagements sessions and we’ll spread the word about any local sessions as soon as they are confirmed. 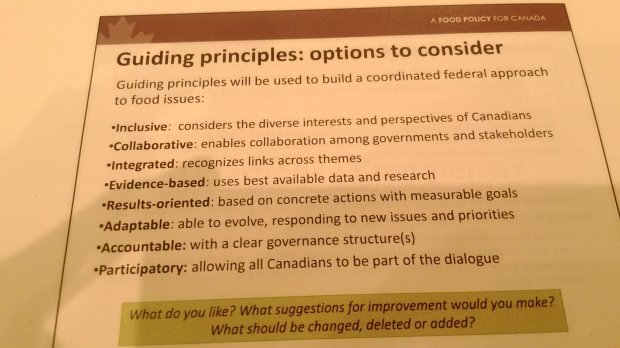 What We Learned: the Edmonton Food Council’s Live Notes

Please refer to the Edmonton Food Council’s Twitter channel @yegfoodcouncil #FoodPolicy4Canada for our on-the-spot notes from the summit. As part of the development of the national food policy, the Edmonton Food Council recognizes that collaboration with local governments, and between all levels of government, is critical. We also believe it is important to share local knowledge and experiences, as there is an incredible wealth of knowledge, expertise and initiatives already present in the Edmonton area.

There were several common and repeated elements in the discussions at the summit that resonated with us, representing items that many people wanted to see included in the national food policy:

It is important to draw connections to a number of recent and ongoing consultations related to food which are taking place across the federal government, including the following:

“Canadians asked to weigh in on food policy” – CBC News

What can I do?

Online consultations are open until August 31, 2017.

Host Your Own Consultation Session: The Government of Canada has developed a toolkit with materials to help you host your own session and gather feedback from your community or organization on what matters most to them when it comes to food issues and opportunities. The toolkit is designed to help guide your discussion and help you collect and submit the results. The deadline for submitting feedback is September 30, 2017. The results you share with the Government of Canada will be used to inform the development of A Food Policy for Canada.

If you’d like to contribute to the discussion, do not wait for formal engagement – write a letter to your MP (refer to the list below) and cc FoodPolicy-PolitiqueAlimentair@Canada.ca and info@edmontonfoodcouncil.org

Our next steps are to contact Edmonton area MPS to discuss how we can be of assistance to them in engaging with Edmonton area constituents over conversations surrounding food. We’ll keep you posted!

View all posts by kathrynfresh

One thought on “A Food Policy for Canada: What do Edmontonians think?”