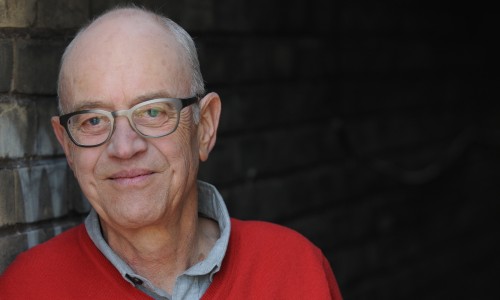 The Edmonton Food Council is excited to welcome Dr. Wayne Roberts, one of Canada’s leading voices in the field of urban food systems, as the keynote speaker of Cultivating Connections. Roberts managed the Toronto Food Policy Council on behalf of Toronto Public Health for 10 years, served on the boards of several major food system non-profits across North America, authored three books on food policy, and was instrumental in helping a variety of municipalities form their own food policy councils or adopt food charters.

In preparation for his visit to Edmonton, we had a chat with Roberts about some of the highlights of his talk, as well as his thoughts on the current state of food in Edmonton and across the country.

“One thing that always impressed me about Alberta is that even in the days when oil was king – which was for the better part of 70 years – the province knew that oil was a boom and bust industry and that there had to be a strong agriculture and food sector for the bust days,” Roberts says. “Alberta was really built on that concept, that oil was going to be first but you had to have a strong food and agriculture sector. That’s now come true in spades. In Ontario, we lost the auto industry and food and agriculture are now the number one employer in this province. That’s what’s going to happen in Alberta.”

As a social movement, food is also on the threshold of a new phase. Roberts is structuring his keynote speech around this progression. “Over the last couple of years we’ve entered the period of the early majority, which is about the same as critical mass,” he says. All social movements follow a similar trajectory, Roberts explains, moving from the initial stage of early adopters into the early majority and then into the late majority.

Entering the early majority phase is an exciting time for food, as it means that roughly 40 percent of the population wants to address food issues and establish a secure, sustainable food future. But that growth also presents some new challenges, which Roberts will be addressing in his talk.

“We have to conduct ourselves differently than when we were in the early adopter phase,” he explains. “The problem that every social movement has, is that as it moves from one phase into the other, they have people who liked it better in the old days, or were more comfortable in that atmosphere.”

Roberts also mentions that a food policy council can play an integral role in facilitating the growth of the food movement. It can help bridge the gaps between the public, government and various sectors of the food industry.

“We can improve the environment; we can improve our health and we can improve job creation by doing a good job of food and agriculture,” Roberts says. “A food policy council is a tool that allows us to move in that direction and to keep good spirits and morale while we go through a difficult time.”

The Edmonton Food Council would love to help answer your questions about local food. The Council is hosting Let’s Talk Food, the free opening event of Cultivating Connections, which will feature a panel discussion of three Alberta mayors answering your food-related questions.

Tweet your questions for the mayors to #AskEFC and #Cultivate2017 or email them to info@edmontonfoodcouncil.org

For more information and to register for Cultivating Connections, click here.

Freelance writer and astrologer. View all posts by Mel Priestley